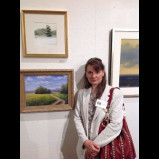 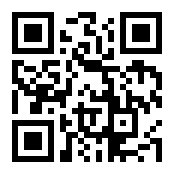 Tatiana Roulin is an award-winning, internationally renowned representational painter who has been working in New England as a full time artist for the past 17 years. Currently Tatiana is primarily working in oil, acrylic and pastel but she is proficient in all fine art mediums. Her credentials include being a juried member of the Oil Painters of America (OPA) and Pastel Society of America (PSA). She is also a member of many art associations in New England such as North River Arts Society, Pastel Painters Society of Cape Cod, and the Attleboro Arts Museum to name a few. Roulin’s approach combines the classic atelier training, largely based on techniques used by the Old Masters, with her own personal style expressed through the harmony of design, color and light. Her art is in many private, corporate and public collections worldwide, including many European countries, Canada, Australia, South America and China. A few major collectors in Massachusetts include: Edward M. Kennedy Community Health Center; Suffolk County District Attorney’s Office of Boston; The Department of Youth Services; Unquity House; and Suportel Portuguese Supermarket Chain. Roulin has won many prestigious art awards, has had several one-person exhibitions, and has participated in many juried and invitational group shows in the U.S. and abroad. Her paintings have been exhibited internationally in America, Italy, Spain, Austria, Germany, England, Brazil and Russia. They include: “London Art Week” in Canning House of London; “XXXIII Medusa Aurea Trophy” in Catholic University of Rome; “Art FAIM VI” at Pabellon de la Pipa of Madrid; a group invitational show at the Cultural Center of Vienna; and “Russian Art Week” in the Moscow House of Painters; among others. Recently her Still Life oil paintings have been featured by the Attleboro Arts Museum in the Community Gallery. In 2010 she was a special invited artist at the Brazilian Art Exhibition at A. Jain Marunouchi Gallery in New York, NY. The artist has been selected to appear as a Featured Artist by Windsor & Newton online gallery, UART and Utrecht. She has appeared on the “Arts in the Spotlight” cable TV show. She has also been featured in a number of magazines such as Boston Voyager, Studio Visit, Local Rhode Island Magazine, East Bay RI Magazine, Visual Language Magazine, Art and Beyond Magazine, Still Point Arts Quarterly Magazine, ArtScope Magazine, and South Shore Living Magazine. Her art has been published in art books including Best of Worldwide Charcoal, Pastel and Pencil book vol2 by Kennedy Publishing and The Richeson75 International exhibition book of Small Works Competition 2018. She is listed in the “Who is Who in America” as well as in “Who is Who in Visual Art” and “New Faces in Arts & Design” European art catalogs. Currently Roulin’s art is represented by the True Grit Art Gallery in Middleboro, MA, The Mint Gallery in Bristol, RI, and The Art Works Gallery in Cedar City, UT. She also regularly exhibits her work in the South Street Gallery of Hingham, MA, The Morini Gallery of Mansfield, MA, Zullo Gallery of Medfield, MA and the Spring Bull Gallery of Newport, RI. She currently lives and maintains her studio & gallery in Sharon, MA. More information about the artist is available @ troulin.com

Your browser is out-of-date!

Update your browser to view this website correctly. Update my browser now